Relations between the United States and China have been strained by the planned visit to Taiwan by the speaker of the US House of Representatives, Nancy Pelosi. 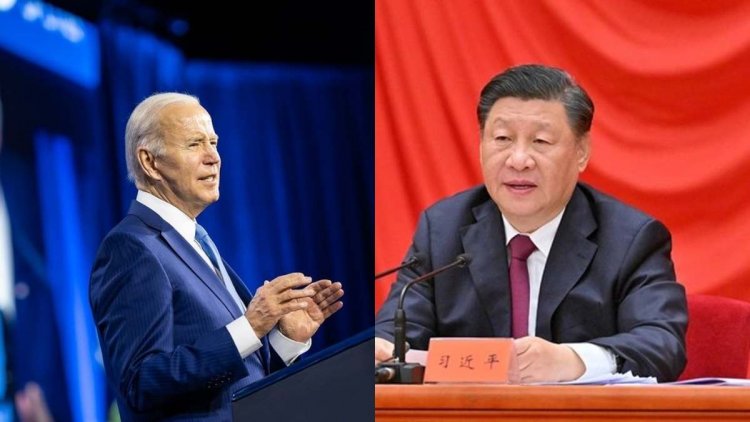 According to China, President Xi emphasized in the phone call that China considers Taiwan a province belonging to it.

US President Joe Biden and Chinese President Xi Jinping talked on the phone for more than two hours on Thursday and discussed, among other things, the situation in Taiwan.

- The heads of state discussed in depth the relationship between China and the United States and issues concerning both sides, China's national television company CCTV described the call.

According to the description released by China, Xi emphasized in the call that China considers Taiwan a province belonging to it.

- Those who play with fire perish in it. I hope the United States understands it well, Xi told Biden, according to China's description.

According to a description released by the White House, Biden told Xi that US Taiwan policy has not changed and that it strongly opposes unilateral efforts to change the status quo or undermine peace and stability in the Taiwan Strait.

In the days leading up to the leaders' discussion, tensions between the two countries have been strained by the planned visit to Taiwan by the speaker of the US House of Representatives, Nancy Pelosi. China has threatened the United States and Taiwan with countermeasures if the president's trip goes ahead.

At no point has China accepted the island nation founded in 1949?

According to the White House, the leaders also discussed issues related to climate change and health security. It is said that Biden also brought up the issues of genocide and forced labor in the call.

Instead, trade tariffs were not discussed in the call, Biden's administration said. The US administration has considered removing some tariffs on Chinese goods as a way to ease skyrocketing inflation.

Joe Biden and Xi Jinping met in 2013 when Biden was vice president of the United States.

We are looking for a suitable day for the meeting

Biden and Xi also discussed the possibility of meeting face-to-face, according to the Biden administration.

The presidents instructed their staff to find a meeting time suitable for both, said a representative of the Biden administration to reporters. It would be the first meeting between the leaders since Biden became president.

The United States is trying to free basketball star Brittney Griner and another...