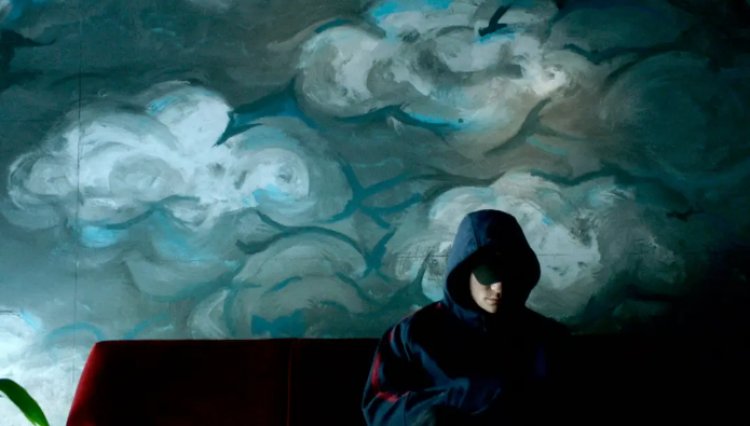 Nicholas Barclay, who was 13 at the time, vanished on June 13, 1994, in San Antonio, Texas. He had left to go out and shoot some hoops with his pals. When he dialed his house number, his elder brother picked up the phone instead of his mother. His excuse was that he didn't want to disturb his sleeping mother. Nicholas decided to go home, but he was never seen again. 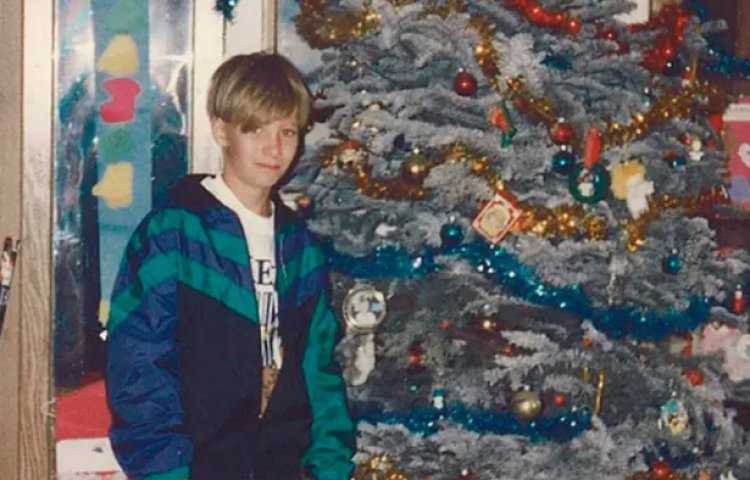 Nicholas has been in a lot of scrapes before. It was reported to the police that he would sometimes strike and swear at his mother. Repeated disagreements resulted in them being summoned to the Barclay home. In an extra measure to keep Nicholas under control, his uncle had even moved in with the family.

Nicholas was a chronic school dropout who was often in trouble. In his youth, he robbed a convenience store, stole some shoes, and threatened a teacher, ending on his record. On June 14, 1994, Nicholas was scheduled to appear for his sentencing hearing, and it was widely expected that he would be sentenced to time in a group home, a prospect he really resented. How likely is it that Nicholas would have vanished the day before the hearing?

The fact that Nicholas had already attempted to flee was not helpful. Whenever he ran away, he always returned within a day or two. For this reason, law enforcement was sluggish to arrive. Finally starting to look for him, they came up empty-handed. She was certain he had gotten into a vehicle with an unknown person. Nobody ever located Nicholas, and his corpse was never brought back.

Nicholas' elder brother reported a break-in attempt at the home garage on September 25, 1994, about three months after Nicholas went missing. When he was noticed, the individual ran away, and Nicholas' elder brother was sure it was him. The police conducted a thorough search of the area but found nothing. They (Nicholas' mom and the cops) don't think his sibling saw him.

The family no longer had any hope of finding Nicholas alive.

A young guy was discovered three years later, in October 1997, in Linares, Spain, across the ocean. At the juvenile shelter, he continued to refuse to reveal his identity to the staff. After then, a mysterious phone call was received by US law enforcement. To them, the guy in detention looked like Nicholas Barclay. Officials were informed that he had escaped from a child sex ring where he had been exploited for years. He was physically sound, but his memory of his earlier years was mostly blank. 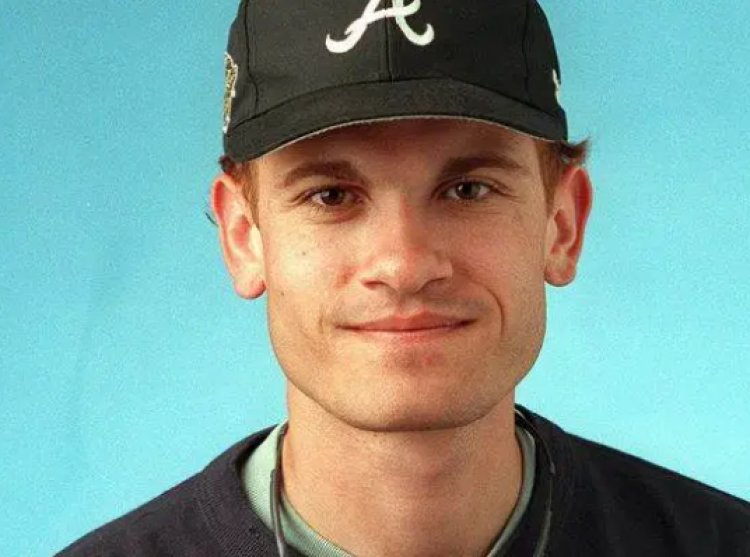 In the same month, Nicholas' half-sister Carrie Gibson boarded a plane, both anxious and glad to see her long-lost brother finally. The child stayed in his room when she arrived at the juvenile shelter, embarrassed that he hadn't come out to greet her. She was surprised to find a guy who did not look like her brother when she finally saw him after a long wait. Three years had passed, and Nicholas was now sixteen. She told him she was his sister, and they sat down to look at pictures of their family.

"Remember? She would say, "Is this the home where you and I lived before you disappeared? Remember? Remember when you were having so much fun with Scotty?

His recollection appeared to be returning slowly but surely. The question of "whether or not grandfather was still an asshole" was quickly on his mind.

He kept to himself despite everything, which was expected given the years of cruelty and torment he had through. Having Carrie return to his family in Texas was a huge relief for Nicholas.

Beverly Barclay with her “son” Nicholas.

Nicholas's mother was delighted to see him back, but not everyone was welcoming. Many people, including his uncle, were wary of him. Once a blond with blue eyes, Nicholas has now transitioned to a dark brown hair and brown-eyed appearance. He had a French accent and European idioms in his speech. He rationalized it by saying that his captors had chemically changed his eye and hair color and compelled him to talk differently. After spending so much time in Europe, he picked up the habit automatically.

He started attending classes, and after a time, despite the novelty of it all, he began to feel at ease. Nicholas declined to offer blood samples or even have his fingerprints taken while his identification was still being investigated.

He tried to avoid the limelight, but the media wouldn't let him go unnoticed. In February 1998, the TV program Hard Copy finally broke the story. Private investigator Charlie Parker, who is working on the project, observed something strange during an interview with Nicholas. Unlike most people, Nicholas' ears did not conform to the norm. Since ears are similar to fingerprints, Charlie spent considerable time in Adobe Photoshop comparing photos of Nicholas and the new suspect and concluded that they were not the same person.

Eventually, the court ordered fingerprint and DNA testing to be conducted after a lengthy legal battle and several conflicts between Nicholas and his family. Then they realized what was going on. Instead of Nicholas Barclay, it was Frédéric Bourdin, a 23-year-old Frenchman.

Bourdin, a serial imposter, had received Nicholas's details from a center for missing children. He claimed to have been reared in an emotionally sterile environment. He assumed the identities of as many as 500 individuals, with Nicholas being the first of three missing children he had thought.

Despite being informed repeatedlythat Frédéric was not their son, Barclays persisted in keeping him. Why? To that end, Frédéric Bourdin offers a hypothesis.

Despite the overwhelming evidence to the contrary, the Barclays seemed persuaded that the youngster they had taken in was indeed Nicholas. Upon meeting Nicholas's elder brother, Jason, Frédéric said, "When he came to visit me, he didn't look at me like Nicholas. He didn't give me the fake Nicholas look. And then he wished me luck and departed.

According to detectives, the family moved from 'grieving' to suspicious in a short time. Unless they had anything to hide, there was no justification for sheltering a fraud in their abode.

Frédéric said, "They realized I was not Nicholas, and they didn't trust a word I said." They were skilled at keeping it hidden, however. During my time in Spain, I recall that Carey was always there to help me out. She filled in the blanks for me whenever I asked. When we lived there, it looked like that. That would be my kid, who is also your uncle's niece. Recall that? Keep repeating it in your mind. She was trying to make sure I would never forget it. She had no way of proving I wasn't her sibling. How sure was she that it was true? My own opinion is that if you must ask, no. For some reason, I couldn't convince her that I was indeed her sibling. She made up her mind that I would be her brother.

Police followed up on Jason's 1994 phone call to authorities, finding that it was typical of calls made by people who had been murdered. This is the kind of call that would give authorities reason to believe that the person in question is still alive. They took his life. Some of them committed the act themselves, some saw it but did nothing, while yet others chose to do nothing.At that time, Frédéric remarked, "I was no longer afraid that Nicholas would return."

When he spoke to Charlie Parker, he realized it was all over. He knew his time as Nicholas was short, so he reported Nicholas Barclay dead himself. Nicholas' elder brother Jason overdosed and died before police could interrogate him.

The investigation seems to have gone cold; however, private investigators are still working on it. As the leading suspect, Jason is under suspicion of having committed some kind of crime. Sadly, Nicholas Barclay is no longer with us, so we may never learn his fate.

After his conviction, Frédéric was sentenced to six years in jail. After that, he returned to Europe and kept living other people's lives for a while until he settled down with a wife and kids in 2007. The murder of Nicholas Barclay is, in his mind, undeniable proof.

Nicholas, or Nicky as his friends call him, is a white man with blond hair and blue eyes. J is tattooed on his left shoulder, T is inked between his thumb and forefinger on his left hand, and L and N are inked on the outside side of his left ankle. There's a space in front of his two front teeth, too. His ADD has been officially confirmed. When last seen, Nicholas was wearing a white t-shirt, purple jeans, and black shoes. Someone saw him with a pink backpack.

As of right now, we have no idea whether Nicholas Barclay is still alive, but we do know what became Bobby Bizup. Almost, anyhow.