A cultural guest, Ukrainian actor Viktor Drevitsky is confident of a good victory. Drevitski, who lives in Finland, says that he does not know any Russian who is in favor of war. 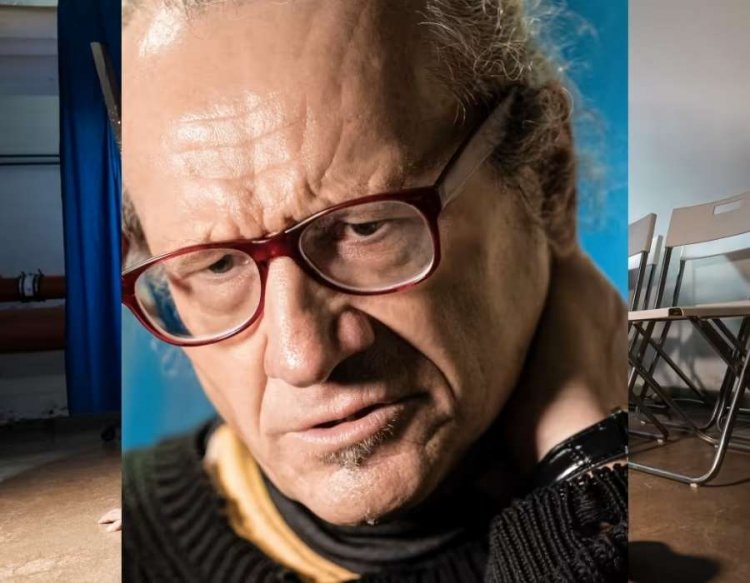 Romanov Stones, Map of the Gentiles, Glow of the Dark, Pure White Sheets, The Will of the Will, Vares - Private Detective.

Viktor Drevitski, a Ukrainian who has lived in Finland for almost 40 years, is familiar with numerous favorite films and TV series. He usually depicts a Russian villain or agent in them. He can currently be seen in Yle's satirical agent series Stop Nyqvist.

Although the author Teemu Kaskinen and Yle's foreign editor Heikki Heiskanen started writing the series as early as 2015, it describes the methods of hybrid warfare that Russia is currently using scary.

Viktor Drevitski presents Stop in Nyqvist - surprisingly - a Russian agent. The role could be imagined to elevate conflicting emotions in a Ukrainian actor in the midst of a Russian offensive war.

In his view, the series is in fact ingeniously breaking stereotypes. According to Drevitski, the text is so great that it could not have been spoiled.

- It was already said at the Theater Academy that one should never condemn a character, but it will become a caricature. A character is not realistic if there is nothing human about it. Even in sacrificial sheep, Anthony Hopkins eats people, but he still has something sympathetic about him.

A kind man in bad roles

The roles of the Russian evils in Drevitsky are irony anyway: they are as far away from his own personality as possible.

Drevitski exudes exceptional warmth and gentleness. He talks a lot, laughs a lot, looks nervously deep in his eyes at times, and mentions the name of the interlocutor for this.

He hurries to open the doors and pull the chair down, offers tea, and shakes the photographer brotherly from his shoulders after just a few minutes of acquaintance.

The dark voice momentarily subsides into a dramatic whisper tinted with a soft Slavic accent.

For Drevitsky, love and hope are essential in life, and with them, he believes that Ukraine will finally be saved.

- Love is also in the middle of a war. It is also reflected in how everyone has opened their doors to Ukrainian refugees and helped their own homes.

"In my youth, everyone was a Soviet"

Although Viktor Drevitsky is Ukrainian, he will not be outraged that he will be called a Russian actor along with Wikipedia.

He was born in 1955 in the village of Kalinovka, with a population of two thousand, about two hundred kilometers from Kyiv. The village was part of the Soviet Union at the time.

- In my youth, everyone had to be Soviet or Russian. In the home village, everyone was together, talking about Ukraine and Russia, and not questioning the origins of others. There were people. Now everyone knows very precisely who each is and where they come from. Separation has become essential.

However,  Drevitski himself does not want to divide people on the basis of nationality into good and evil. Not all Russians should be convicted of the atrocities committed by the state.

He has a lot of Russian friends both in Finland and in the rest of the world.

- In my own acquaintances, there is no one who would support Putin or war. They have been active against all this. Many top artists are now refugees, here in Finland as well.

- All the top artists…

The sentence is interrupted, and the sound breaks.

- In my former home village, there has never been anyone you know, everyone has had to leave. President Volodymyr Zelenskyi said at the start of the war that the first three days are difficult and must be endured. It is now over a hundred. Sometimes this still ends and life awaits us in a new country.

From the Moscow stages to the Helsinki cellar 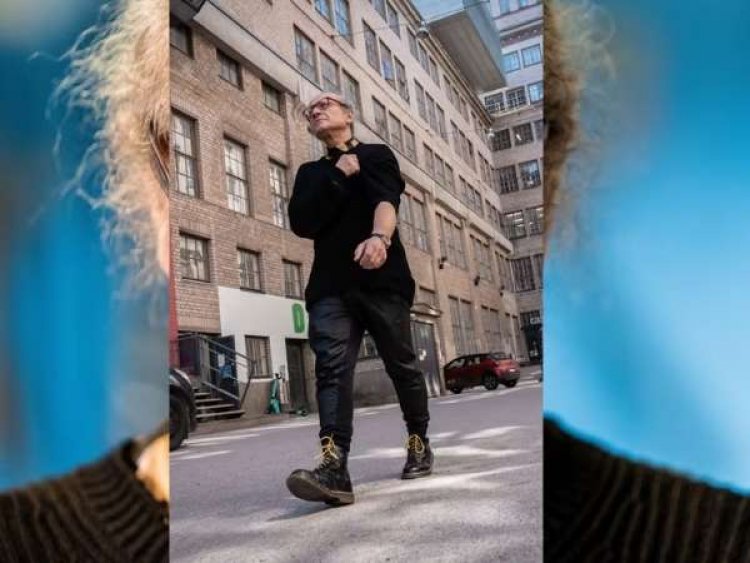 In the basement of the cable factory, behind the labyrinthine corridors and numerous doors, there is a tiny space that is easily reminiscent of a Ukrainian bomb shelter right now.

The room is rugged and downsized. A sheet hung on the wall declares an apocalypse. Somewhere behind the curtains, a broken faucet drops loudly into the pool.

The purpose of the small space is revealed by a pair of rows of flip chairs and a stage-like podium. Here is VIKART, Drevitsky's beloved child: a theater he calls the new drama laboratory.

There has been a long journey here from a small Ukrainian village.

Drevitsky graduated from the Moscow Academy of Theater Arts in 1978, from where he was recruited to the Moscow Theater named after Stanislavsky. Praise rained down, significant roles abounded, and mentoring began to come more and more. He was hailed in criticism as the best young actor in the council.

Although there were enough jobs in Finland, Finland invited me in 1985.

- There were top roles, top productions, but then I ended up here. I’ve done over a hundred different roles in television, movies, and theater.

Drevitski was given the role in the Finnish mini-series by Sergeant Duncker and was left in his way. The role spawned more roles, numerous directorial works came to theaters throughout Finland, and finally, the love for a Finnish woman sealed the decision about a new homeland.

He has not longed for much of the Soviet Union, but a certain sense of community at times.

- I lived with my wife and little son in a theater community in a small room. Everyone cooked with the group in the common areas and spent evenings among the artists. It was never lonely.

"The war has lasted eight years"

Incredibly prolific Viktor Drevitski has made almost 30 performances in his laboratory in less than five years, some in Finnish, some in Ukrainian, and some in Russian.

- We always have a room full. It can accommodate 30 people, but sometimes I throw pillows on the floor and can accommodate someone more, Drevitski explains with his hands in the air.

At the time of the interview, Drevitski is practicing a reading drama that is particularly relevant to him, the only performance of which so far was on Thursday at the Paoli-Q visiting scene in Helsinki.

This is the newly translated play Bad Roads by his old friend Natalia Vorozhbyt.

It consists of six thinly intertwined accounts in the aftermath of the 2014 conquest of Crimea, years of silent war paid off, especially by Ukrainian civilians and women.

- Natalia wrote the play six years ago and it is even more relevant. The war has been going on in Ukraine for eight years, although it has only just flared up.

Drevitski would have liked Natalia Vorozhby to have been able to attend the show herself. Due to the war, a video contact was made with the author after the show. He is currently, as a rule, somewhere in Kiev in a bomb shelter, Drevitsky speculates.

The stage of the Ukrainian theater, where Drevitsky and Vorozhby once worked together, now has temporary beds for children fleeing the war, Drevitski says.

“There will be people on earth” 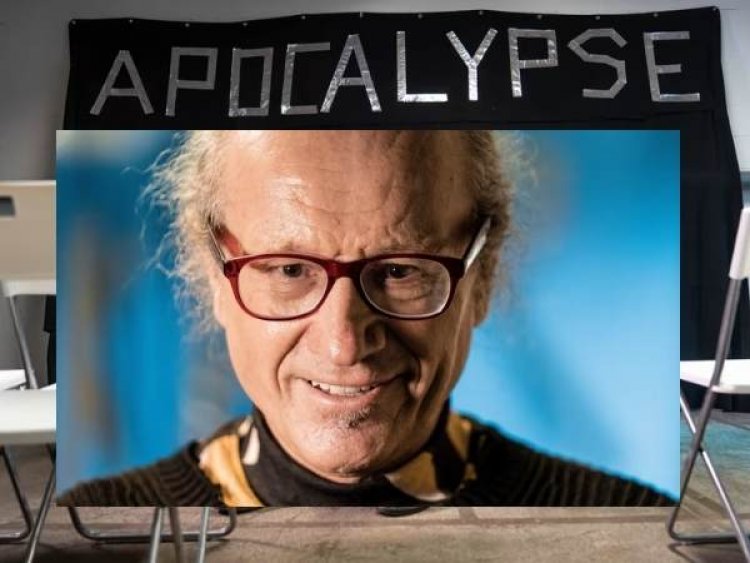 Sexual violence or abuse is present in one way or another in all the stories of Bad Roads. If you are looking for humor by searching for them, it is blacker than black.

In the stories, there is a Ukrainian female journalist as the only woman sleeping in a Russian barracks, there are bridesmaids, one of whom falls in love with a soldier, and the other offers food for her body, is a headless lover, and an attempt at rape.

According to Viktor Drevitski, the essential thing is that alongside all the terrible things, the play is about hope, sexuality at the feet of war, love, and faith. About things that make a living.

- In the sixth story, the voices of children call father and mother and the evildoers wake up. We hope that the voices of innocent children will someday end this real nightmare. The truth is heard from the mouth of children, the voice of children still arouses people's conscience.

About 300 Ukrainian children have reportedly died in the war of aggression in Russia so far.

- Yes, the reality is more terrible now than any play. Yet I believe and hope that the end result is that goodness wins. Not today, not tomorrow, and maybe not even in five years, but in the end.

Drevitsky firmly trusts not only in hope but also in Ukrainian unyieldingness.

- The Kremlin decided on 24 February. that now the world is changing, that we are changing the rules that were drawn up thousands of years ago: do not kill, do not steal, do not lie. They want to change the rules, but they will not succeed. No dice. Just as there is a Finnish gut, there is also a Ukrainian gut.

Finally, Viktor Drevitski would like to quote the motto of the Bad Roads show - both in Ukrainian and Finnish.

The text is a poem written by Taras Shevchenko, an influencer of the Ukrainian national movement, a diligent opponent of the emperor, and a political prisoner 150 years ago.

By quoting the poem during Leonid Brezhnev’s reign, he could end up in prison for ten years, Drevitski points out. Now the poem has once again become a symbol of the demand for freedom of the Ukrainians.