The protocol for Finland's entry into NATO was signed by French President Emmanuel Macron.

According to a press release from the Élysée Palace, French President Emmanuel Macron signed the membership papers for Finland and Sweden's admittance to join the Nato alliance.

French President Emmanuel Macron said after the signing of the protocols, "This sovereign choice of Finland and Sweden, two European partners, will reinforce their security in the face of a real menace in their immediate neighborhood and bring a significant contribution, with respect to the capacities of these two partners, to the collective posture and our European security."

Finland and Sweden's bids to join the EU had already been authorized and confirmed by France's upper and lower houses of parliament, respectively.

So far, 23 of Nato's 30 member countries have confirmed the bids for membership presented by the two Nordic states back in May.

The Czech lower parliament will approve the membership bids at the end of August.

Six member nations still have not given their approval: Slovakia, Hungary, Spain, Portugal, Greece, and Turkey. 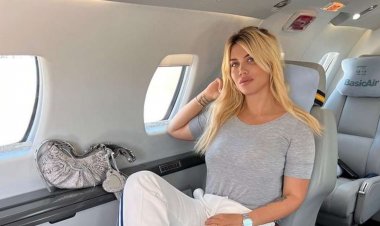 Wanda Nara had a crazy night of partying in Ibiza in which she recorded several...