The man suspected of the shooting calmly waited in place before acting. The moment before the man started shooting was recorded in the image taken from the video provided by the news agency AFP. 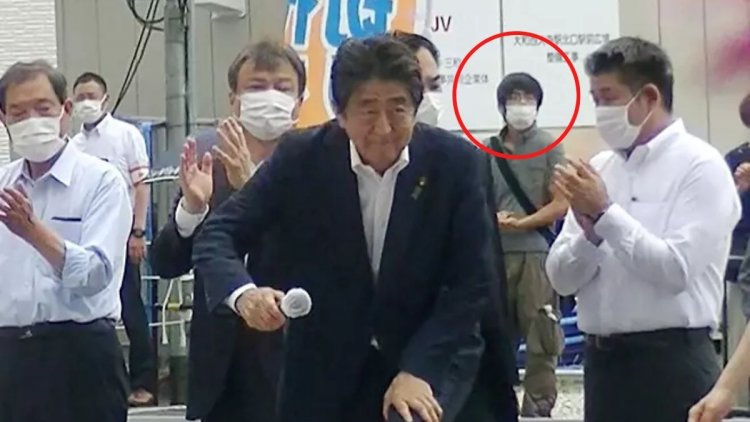 The man suspected of killing former Japanese Prime Minister Shinzo Abe can be seen in the background of the picture. PHOTO:  AFP PHOTO / TOSHIHARU OTANI VIA JIJI PRESS

FORMER JAPANESE Prime Minister Shinzo Abe, 67, died Friday in hospital after being shot at an election campaign event in the Nara region.

A 41-year-old local man is suspected of the crime. He was arrested on the spot after firing shots from a homemade gun at the former prime minister who was about to deliver a speech.

The moment before the man started shooting was recorded in the image taken from the video provided by the news agency AFP.

The picture shows Abe in the foreground, apparently about to take the podium to give his speech. On the right side, in the background, you can see a suspect in a crime, who is dressed in pants with thigh pockets and a gray t-shirt.

The man's body is surrounded by a black belt to which the firearm was attached.

ACCORDING to the Reuters news agency, the Nara police have said that the suspect has confessed to the act. The suspect says he holds a grudge against the organization he believes Abe belonged to, but the police did not reveal more about which organization it is. However, according to the suspect, the grudge is not related to politics.

The police are investigating whether the shooter acted alone. So far, the suspect has calmly answered the investigators' questions.

According to the Nara police, the request for security measures for the event was made in haste and now they are investigating whether they were sufficient. The police do not say whether the security arrangements for the former prime minister are typically stricter compared to other lawmakers.

It is unknown if the suspect bought the gun parts on the internet. The suspect's home is still under investigation, and more weapons have been recovered. Explosives have also been found in the home, and people living nearby have been advised to evacuate.

The homemade weapon was made of different materials, such as metal and wood. Several metal fragments have been found at the scene of the shooting, but it is not certain whether they came from the bullet. 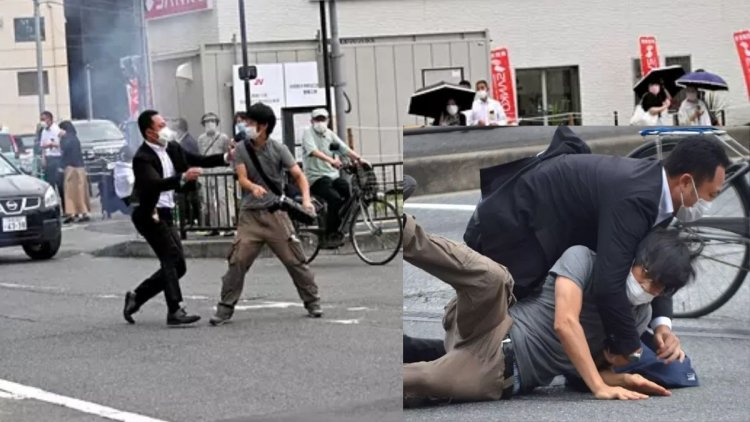 The suspect was taken into custody shortly after the shooting. PHOTO:  KYODO

ABE was shot at around 11:30 a.m. local time near Yamato-Saidaji Station.

- She was giving a speech and a man came up behind her, the young woman told the country's public broadcasting company NHK from the spot.

- After the second shot, people surrounded him and gave him a heart massage, the woman continued.

The Kyodo news agency has published a photo in which Abe is lying facing the direction of travel on the street next to a guard rail, his white shirt covered in blood.

According to the doctor who treated Abe at the university hospital in Nara, the ex-prime minister bled profusely due to a wound in the heart and they tried to save him with blood transfusions, Reuters reported. In addition, he was wounded on the right side of his neck, and he showed no signs of life when brought to the hospital.

There were two wounds on the neck and they were about five centimeters apart. In addition, one bullet had penetrated the heart. Abe was pronounced dead at 17:03 local time.

In his speech, Kishida said that the former prime minister was "personally a friend with whom he spent a lot of time". He said he was grateful for the "warm support" and advice he had received from his predecessor.

In the same context, Kishida said that election campaigning will continue on Saturday. He justified the decision by saying that one must not give in to violence.

- Free and fair elections are something that we must defend at any cost, Kishida said.

Boris Johnson resigns from the leadership of the party, wants to continue as prime...

A double-barreled muzzle-loading pistol was used to kill the former Japanese prime... 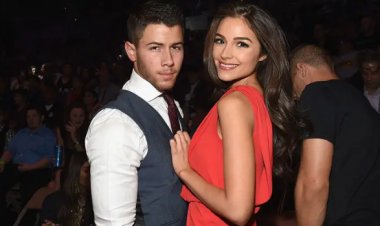