At least 13 inmates died in a prison riot at a notorious prison in Ecuador, In the same Bellavista prison, the last confrontation took place in May, when 44 prisoners died in a bloody fight. 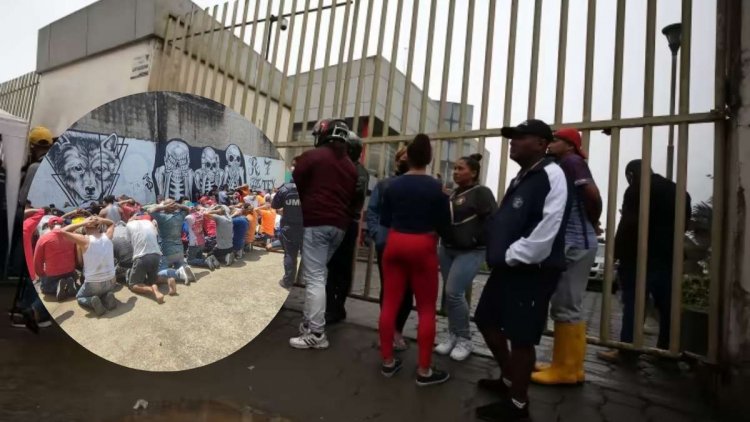 Relatives of inmates who died in the prison riot waited for more information from the authorities in front of Bellavista prison in May.

In the Ecuadorian city of Santo Domingo, at least thirteen prisoners have died local time in a prison riot that took place on Monday, local authority sources say. In addition, two prisoners are said to have received injuries.

With the help of the soldiers and the police, the prison guards were able to get the situation back under control in the prison, says Ecuador's prison authority SNAI on Twitter.

The clash took place at the same notorious Bellavista prison where 44 inmates died in a bloody brawl in May. After the fight, the authorities found firearms, explosives, and other weapons on the prisoners.

As a result of the fight in May, about 220 prisoners managed to escape from the prison. Most of the escaped prisoners were later caught.

Clashes between drug gangs are common in Ecuadorian prisons. Last year, a total of 316 prisoners died in fights in prisons across Ecuador.

The human rights organization IACHR says that Ecuador's prison system suffers from the poor living conditions of the prisoners, the indifference of the country's administration, and the lack of a holistic approach.

According to official statistics, there are almost 34,000 prisoners in Ecuador's prisons, which means that the prisons exceed their maximum capacity by more than 12 percent, writes the news agency Reuters.

Jennifer Lopez posted a photo of herself in bed the morning after her wedding –...