A cargo plane carrying weapons and mines crashed in Greece - explosions were still heard hours after the crash. The pilot had requested permission to make an emergency landing due to engine failure, but contact with the plane was lost soon after. 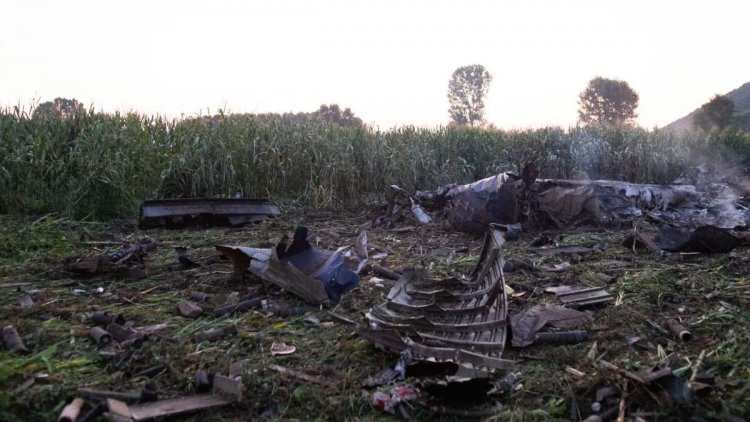 Eight people have died in the crash of a cargo plane in northern Greece late on Saturday, the Serbian defense minister confirmed today, Sunday. According to news agencies, the plane was on its way from Serbia to Jordan.

According to Serbian Defense Minister Nebojsa Stefanovic, it was a Ukrainian Antonov An-12 military transport plane that was carrying 11 tons of weapons and mines to Bangladesh. It was about weapons and mines sold by the private Serbian company Valir.

A cargo plane carrying weapons and mines crashed in Greece

According to the minister's assessment, the crew that died was Ukrainian.

Serbia's defense minister says the arms shipment to Bangladesh was in accordance with international rules. He denies the speculations in some media that the weapons cargo was on its way to Ukraine.

The cargo plane fell a couple of kilometers away from the settlement, and the residents were advised to stay at home and wear respirators.

According to eyewitnesses, the plane was already on fire before it crashed. The pilot had requested permission to make an emergency landing at the airport in the northern Greek city of Kavala due to a problem with one of the engines. However, the connection to the plane was lost shortly after this.

The plane fell about two kilometers away from the settlement. Residents of the nearby area were instructed to stay at home, close the windows and wear a respirator, as a strong smell also spread from the place and the authorities did not know if the cargo contained dangerous chemicals.

Heavy smoke, smells and explosions have prevented the rescue authorities from working at the site. The authorities will start work when the area is deemed safe.

The area was first investigated with a drone, the image of which shows that the plane has broken into pieces on the field.

Two firefighters were taken to the hospital early Sunday with respiratory symptoms.

Supermodel Heidi Klum wore such a dress in her Summer Vacation with very little...

President Sauli Niinistö is visiting Åland for the centenary...