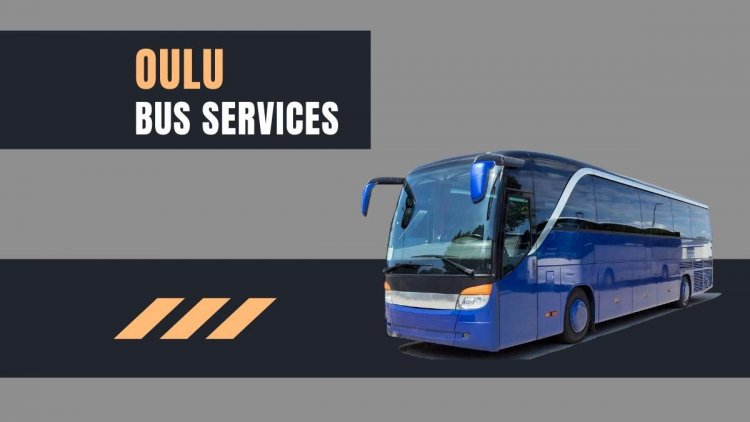 Oulu is preparing for the cancellation of local bus services

The bankrupt OTP may have to stop running even if it has already rescheduled, as it may no longer receive purchased fuel. In such a situation, the city strives to secure essential shifts for Oulu residents.

Oulu's public transport is already preparing for the cancellation of the city's local transport services in the near future.

The aim is to secure essential flights for Oulu residents if Oulu Taxi Services, which has lost its traffic contract, has to stop running in the next few days, for example.

Negotiations have taken place with three other partners in the city this week, and some of these operators will be able to obtain replacement traffic at short notice, says Helena Väliaho, City of Oulu's public transport manager.

Still, in a sudden situation, shifts could not be run, Väliaho admits.

- We have already made priorities for the lines. We aim to run the most critical services, ie morning and afternoon services, and to ensure that the capacity of the trunk line is as comprehensive as possible: i.e. lines 1,3 and 5, and 10.

Towards Midsummer, public transport is otherwise slowing down. If the bankruptcy trustee's notice of termination came on the weekend, it would remain to be considered whether all Sunday shifts could be run.

According to Väliaho, OTP's public transport is aware of the difficult situation related to OTP's cash flow.

- If you think that the company's operations are bankrupt, this in itself did not surprise you. Sure, they had the last traffic bill paid a few weeks ago, so it’s surprising in itself if the checkout is already empty at this point.

Oulu Taxi Services has now handled more than 40 percent of Oulu's local traffic. When the city terminated its contract with the company, the idea was that OTP would continue to operate until August 9. Now the company has tightened its closure schedule in stages for various reasons.

Prior to the possible acute threat of interruptions, OTP had already announced that it would handle the local traffic for which it was responsible only until 5 July.

The city intends to seek compensation from the company for arranging compensatory traffic, at least for the more than a month that is now known not to drive.

- The amount has not yet been estimated, but in practice, it is the difference between replacement traffic and current traffic.

In addition to OTP, public transport in the city of Oulu has been handled at least by Revon Turistiliikenne Oy, Oubus Oy, and Koiviston Auto Oy.

The city has already agreed on alternate times for OTP's shifts with the three companies for the next two years starting on August 10th. Negotiations have also taken place to bring forward the transfer of traffic since 6 July.

Amber Heard wrote a Touching Letter to her Ex-Husband Johnny Depp - There’s Nothing...