A Burmese model from OnlyFans who posted nude photos to the adult subscription site received a six-year jail term. 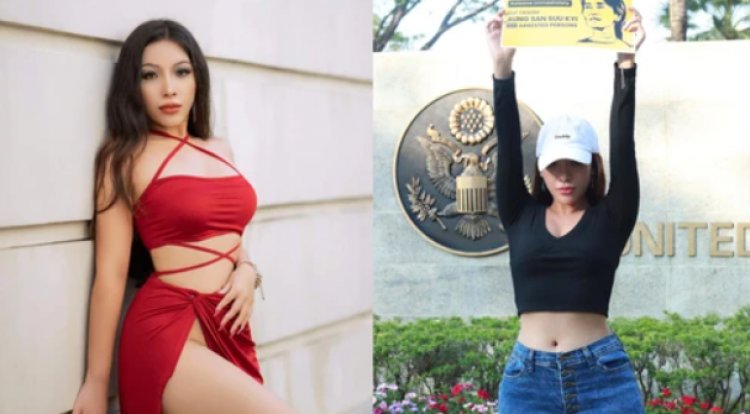 Model from OnlyFans was given a six-year prison sentence

Nang Mwe San, a model and formerly a doctor, was convicted on Tuesday by a military court of "negatively affecting culture and dignity" by selling "sexually explicit" photographs and films online, in violation of Section 33 (A) of Myanmar's Electronics Transactions Law. 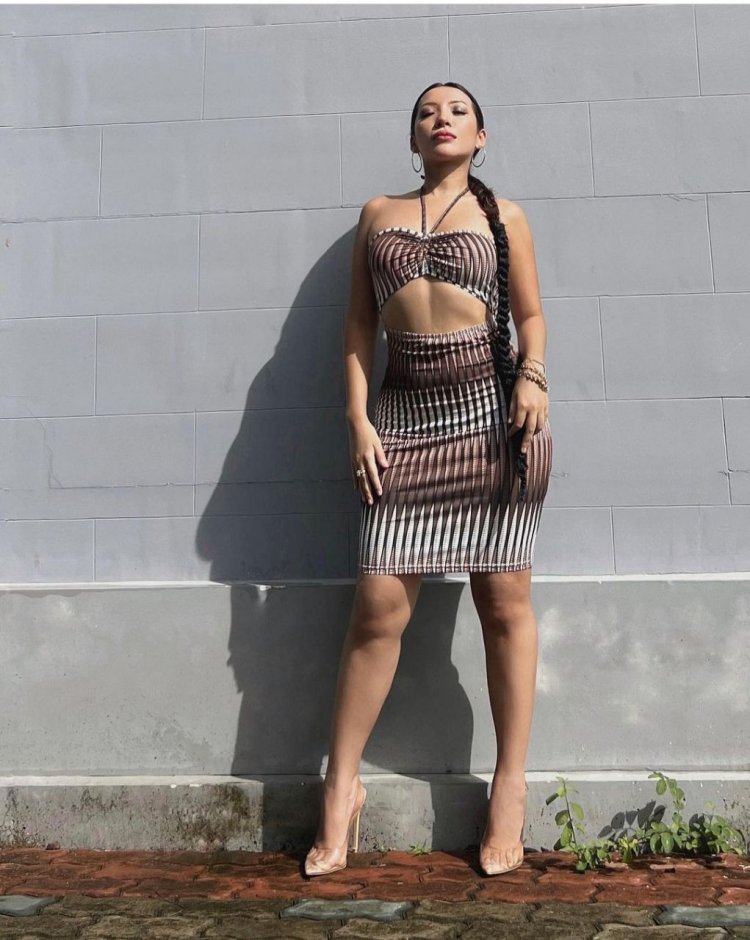 The choice has drawn a lot of criticism for being politically motivated. The 34-year-old, who has previously participated in anti-military junta protests, is believed to be the first person ever detained for OnlyFans content in the country, and possibly the entire world.

On August 5, policemen detained Nang Mwe San on charges of "distributing provocative photographs and films on a foreign website for a fee" and "tarnishing Burmese culture." As per junta-controlled press that evening, she and Burmese film star Thinzar Wint Kyaw, who had also taken part in anti-junta protests and shared sexually explicit pictures and clips on social media and Exantria, a framework for creators comparable to OnlyFans, had already been billed by the military council. 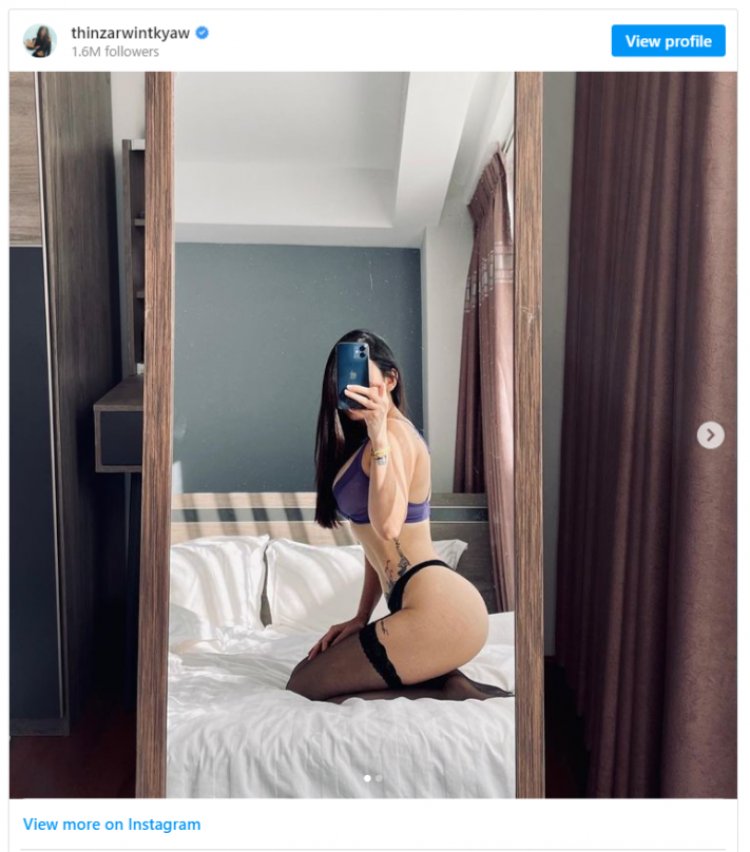 Nang Mwe San was living in a part of Myanmar that was under army control when she was apprehended. She was tried in private before a military tribunal without being allowed access to an attorney. Legal experts and human rights organizations have condemned the move to prosecute her as the only person ever with a violation of Myanmar's Electronic Communications Act.

The woman's conviction is a "clear infringement of women's and human rights," according to Aung Kyaw Moe, a civil rights adviser to Myanmar's National Unity Government, a shadow administration made up of exiled MPs that was founded following the military coup in February 2021.

She was the first famous person to speak out and seek fairness for the Rohingya soon after the coup, he claimed. "No other woman is free to use her rights if a celebrity like Nang Mwe San is not allowed to use them to sell sensual pictures. The junta in Myanmar must be held accountable, and women and girls must be protected, according to the international community. 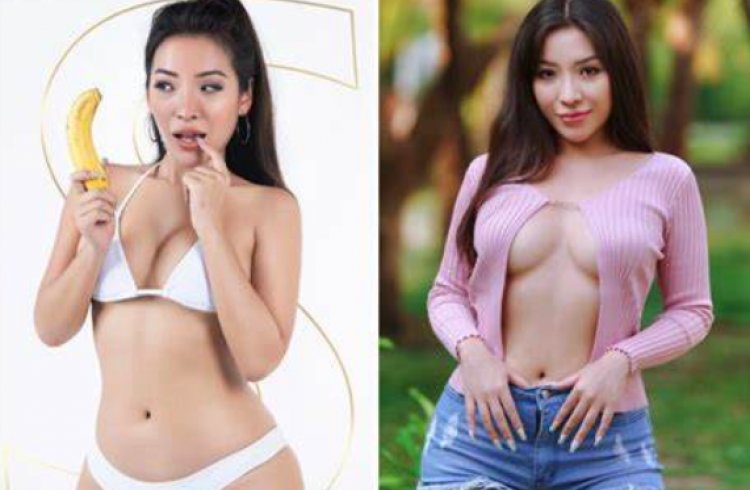 She argued at the time that women in our nation shouldn't feel guilty about what they are doing. "Everything you do may also be a promo for the country, which will draw attention from others." The Electronic Communications Act is too ambiguous in its description of what material can be regarded "harmful" to the nation's culture, according to a veteran attorney who spoke with Radio Free Asia (RFA) but asked not to be named for privacy purposes. He also suggested that the charges might only be a cover for another agenda.

He declared, "This legal action is only a pretext, and I'm convinced there are other hidden motivations behind it."

Nang Mwe San and hundreds of other Burmese civilians protested in the streets on February 1, 2021, the day after the Myanmar military overthrew Aung San Suu Kyi's democratically chosen parliament and assumed complete control of the nation. Nang Mwe San was warned of arrest for defaming the government in March 2021 after she wrote remarks on social media criticizing the junta's violent crackdown on demonstrators. She then went into hiding. Before being detained once more on August 5, she reportedly agreed to bail with the police allowing her to travel back to her house in Dagon Myothit (North). 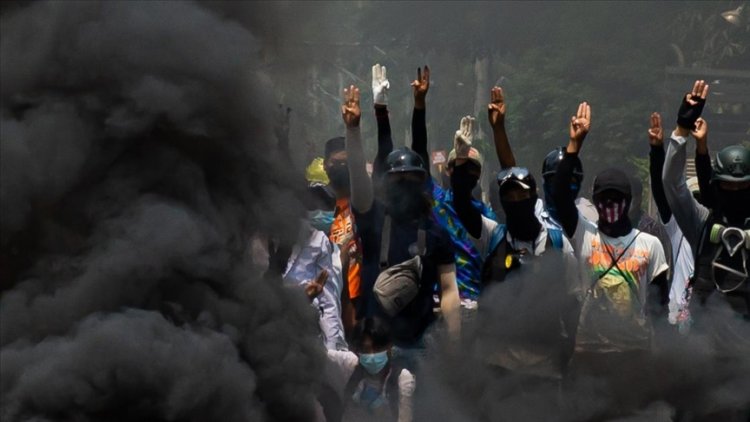 The army government in Burma has sentenced numerous people this week, including Nang Mwe San. The punishment for Htet Htet Khine, a freelancer producer for the BBC who was found guilty on September 15 of communicating with an illegal pro-democracy radio program, was lengthened in jail by 3 years on Tuesday. For spreading terror or "fake news" about the army, she had already been given a 3-year term of hard labor.

However, on Thursday, Australian economist Sean Turnell was found guilty of breaking Myanmar's official state secrets legislation and given a 3-year prison term. Similar to Nang, Turnell was prosecuted in secret by a military court while serving as Aung San Suu Kyi's advisor in Myanmar when he was detained following the coup. Aung San Suu Kyi was convicted of the same violation and given an additional three years in prison, according to the extensive list of politically motivated convictions the ousted civilian leader has received since the coup.

The politically motivated conviction of Australian Sean Turnell is a cruel injustice. He was convicted after a trial in closed court without proper access to legal counsel merely. It’s critical that Australia take all necessary steps to pressure Myanmar’s junta to release him. pic.twitter.com/hvancjWbD4

More than 15,600 people, including politicians, activists, journalists, and celebrities, have been arrested since the military took control, according to the Assistance Association for Political Prisoners, a Burmese advocacy group that tracks arrests.

At least 117 of them have received death sentences since the coup, and the junta hung two well-known political detainees in July, carrying out the nation's earliest executions since the 1980s. More than 12,500 continue to be detained.