The relationship between Lucy Hale and Skeet Ulrich: Actor Skeet Ulrich, 51, and actress Lucy Hale, 31, cause controversy after photos of them kissing on a date were leaked. 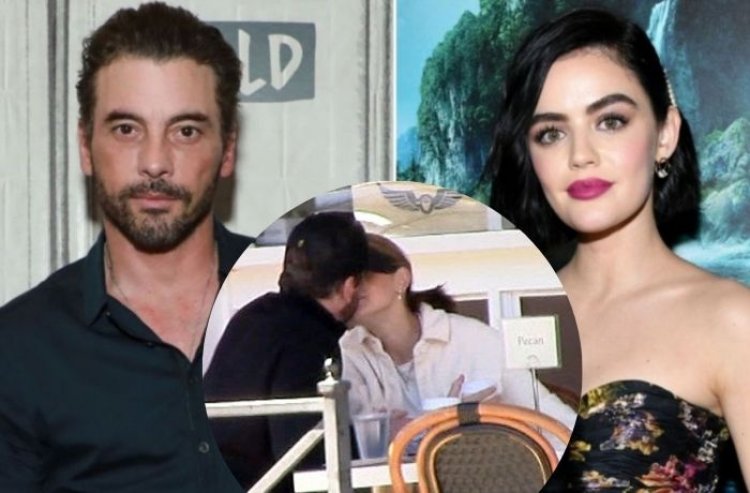 Lucy Hale, 31, cause controversy after photos of them kissing on a date were leaked.

Skeet Ulrich and Lucy Hale grabbed the headlines of various media after images of both actors were leaked in the middle of a date and sharing expressions of affection without any fear.

According to the leaked photos, the ' Riverdale ' actor and the ' Pretty Little Liars ' actress went out for a romantic lunch last weekend in Los Angeles. The images show Ulrich and Hale holding hands and kissing. Once lunch was over, the actors proceeded to take a walk through the county streets.

Once the images were turned around on social networks, celebrities quickly became the target of criticism, this, due to the great age difference that exists between the actors; Well , Skeet Ulrich takes no more and no less than 20 years to Lucy Hale.

However, the actors' followers quickly came to their defense, expressing that there is nothing wrong with the age difference, in fact, they would not be the first Hollywood couple to be characterized by having a large age gap, such as the case of Aaron Taylor-Johnson and Sam, who are 23 years old, or Dennis Quaid and Laura Savoie, who break records by taking 39 years.

The relationship between Lucy Hale and Skeet Ulrich: Are they a couple?

Although the images are more than clear, none of the actors has said anything about it, so it only remains to wait for one of the two to confirm this new romance.

It is estimated that the couple met through their respective related to the series of works CW , Riverdale . For his part, Skeet Ulrich, played the father of the protagonist Jughead Jones (Cole Sprouse), while Lucy Hale, starred in the spin-off of the series, which ran under the name of Katy Keene . Both series shared a crossover episode, so it may be that the romance started here.

The shortage of nurses in Finland and Filipino nurses are being hired again to help...