With the help of the James Webb telescope, we can obtain images of deeper space than before. 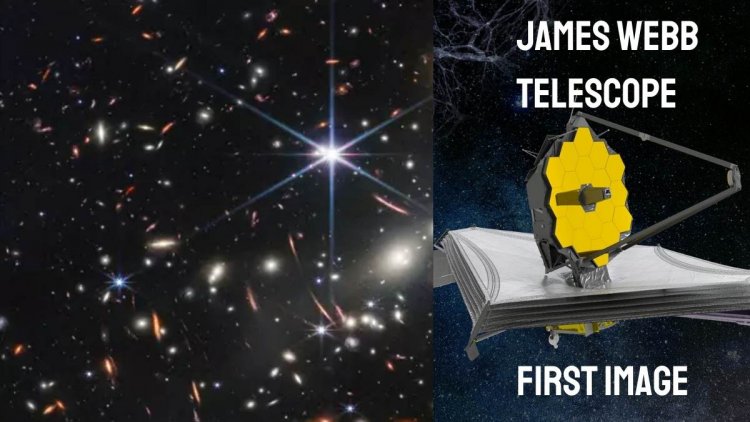 The first published image was transmitted by the most powerful telescope launched into space, James Webb. IMAGE:  NASA / REUTERS

A new image of outer space was released on TUESDAY NIGHT.

The image was taken by the James Webb telescope, which was launched into space last December. Now the pictures taken by it are slowly starting to be published.

According to Nasa, the James Webb telescope should be used to find out whether planets in other universes are potentially habitable.

The image is from deeper in space than the previously taken images. With the help of all the published images, we can get closer to finding out the origin of the universe than before.

THE FIRST published image shows only a minimal fraction of the galaxies that exist in the world.

- A hundred years ago, we thought there was only one galaxy. Now we know that there can be an infinite number of them, commented NASA Director General Bill Nelson.

- This starts a new chapter in history, commented US Vice President Kamala Harris at the announcement.

According to Harris, getting the pictures has required decades of work from different professionals.

US President Joe Biden, who announced the PHOTO, emphasized his country's superiority in his speech and also mentioned the importance of international cooperation.

- This shows how America leads the world - in cooperation with others, he stated before revealing the picture.

- America can do big things. We can go places no one else has gone before. There is only one word to describe America: opportunity. This is how we are as a country: a country of opportunities.

Only one picture was released on Tuesday night. The rest of the pictures will be published a little later.

THE JAMES WEBB TELESCOPE is used for scientific research. It is a collaborative project led by NASA, involving the European and Canadian space agencies. There are hundreds of researchers and thousands of engineers working together.

The telescope studies the different phases of the history of space over a period of 13.5 billion years. The universe is about 13.8 billion years old.

According to NASA, the first images emphasize the study of the early universe, the evolution of galaxies, the life cycle of stars, and worlds outside our solar system.