Where did Mikael Granlund disappear against Sweden? An expert would intervene

The lions bowed to Sweden 2-3 after the winning goal competition. According to expert Ismo Lehkonen, the Finnish game needs small filings both in the trough and perhaps in the line-up.

The Lions lost to Sweden at the World Hockey Championships after winning the competition on Wednesday 2-3 in Tampere. In this case, Yle Sports expert Ismo Lehkonen raises three picks about playing in Finland.

1. The final game does not produce goal points

The lions' long rotations of the attacking head were low against Sweden, especially in the first and third rounds. Finland quickly lost the puck, and only in the second installment, the Lions' strongest, could they build goals from the end games.

- Above all, it's about the courage to protect the puck, make stop-and-go stops, and change direction. If help comes to the attacking head, the puck must know what the game plan is. You can't improvise there, Lehkonen says.

Lehkonen thinks that, for example, more playing through the line could be considered a medicine. Part of the Lions' game is also to avoid risks in the attack area so that opponents don’t get to attack quickly.

- I think the coaching management is thinking very hard about the best option because there will be teams that play a quick change of direction game.

2. Confirmations help with the opening play

In order to build direct and long attacks at a good pace, you need to be able to roll away under pressure. The lions had challenges against Sweden, and the feed quality was not always enough in the compression of Tre Kronor.

- When your opponent is properly applying pressure to three or four players, how do you get fast, direct attacks from there with fast passes? Today, the defenders were well involved, and that was a good thing.

Lehkonen expects Dallas defenders Miro Heiskanen and Esa Lindell, who will join Lions on Thursday, to bring much more to the opening game.

- That duo has done the job with great quality. Especially with small delusions and quick steps, Miro is able to lift his leg himself. It's a big deal if you can lift yourself, bypass the bitter and find breaking feeds.

Sami Vatanen will transport the puck against Sweden at the 2022 World Hockey Championships.
Finland had difficulties and nervousness in the puck game, especially at the beginning of the match. Photo: Tomi Hänninen

Finland had difficulties and nervousness in the puck game, especially at the beginning of the match. Photo: Tomi Hänninen

3. "Granlund needs to get a better puck"

Lehkonen was already wondering last week whether Mikael Granlund, one of the NHL's quality huts, should be planted in the middle instead of the edge. Now the Nashville player has been alongside number one alongside Sakari Manninen and Teemu Hartikainen, and he lost without points in the Swedish match for the first time.

After the break, Finland will play against Britain on Friday and Austria on Saturday. According to Lehkonen, these are games where experiments could still be done.

- What if Granlund were tried as a centerpiece? I would venture to say that yes, coaching also thinks about it a bit because he has to get on the puck better, that's a clear thing.

- (Head coach) Jukka Jalonen, however, usually doesn't want to go scared if it works ok. That is usually enough for him because even now it has been seen that the Finnish pentathlon is not leaking and the defense is in order.

Finland has scored six goals in the tournament in five equal weeks, one with equal and six with overwhelming force. Lehkonen reminds us that it would be worthwhile to find precision weapons that result in equal results.

- We can't quite rely on force majeure if the enemy doesn't take the coolers in important games.

The Lions will resume the World Cup on Friday at 4.20 pm against the UK.

Helsinki City Council has approved an amendment to the town plan for the development...

Who are Josh Drew and Rocky Pennington and why have they testified in the Heard-Depp... 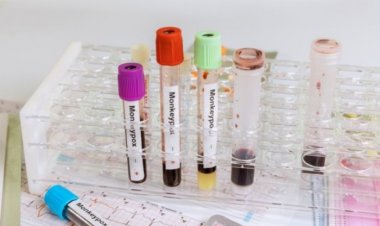 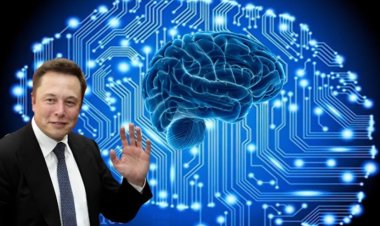