Scary Situation in the game of Finnish Richard Jensen was getting a flare-up Yle Sport's expert Antti Pohja found the activities of Romanian supporters insane. The owls suffered a 0-1 defeat in Bucharest. 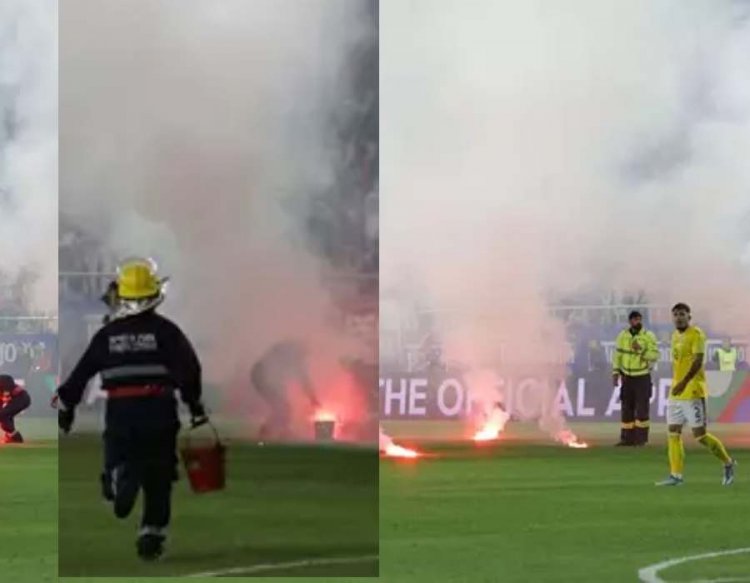 The football match between Romania and Finland in Bucharest was interrupted in the first half when Romanian fans began throwing flares at the field.

The match was interrupted for several minutes until the burnt flares were cleared from the field. According to Yle Sports expert Antti Pohja, one of the torches flew close to the Owners player Richard Jensen.

- There's nothing more to do with common sense. When a burning torch flies half a meter away from the player, we are on the verge of risk, Pohja was horrified.

In a post-match interview, Jensen was cool about the dangerous situation.

- Only then did I realize it was pretty close. It could have hit, but thankfully not, Jensen, who played his second A-match, said.

Jensen, who plays in the second-highest league in the Netherlands, said he had run into fanatical supporters in the games of his club Roda JC.

- Every now and then, but it's pretty good that the match has to be stopped for a while. Unfortunately, there are always such occasions. You just have to focus on what you are doing, the defender summed up.

The owls lost to Romania 0-1. Finland's next game is already on away against Bosnia and Herzegovina on Tuesday. The live broadcast of the game will be seen on Yle Areena and TV2 at 9.15 pm.