The new Lockheed Martin F-35A Lightning II multifunction fighters will be introduced in Lapland for the first time. The old Hornets are being used up at the Karelian Air Force in Rissala. 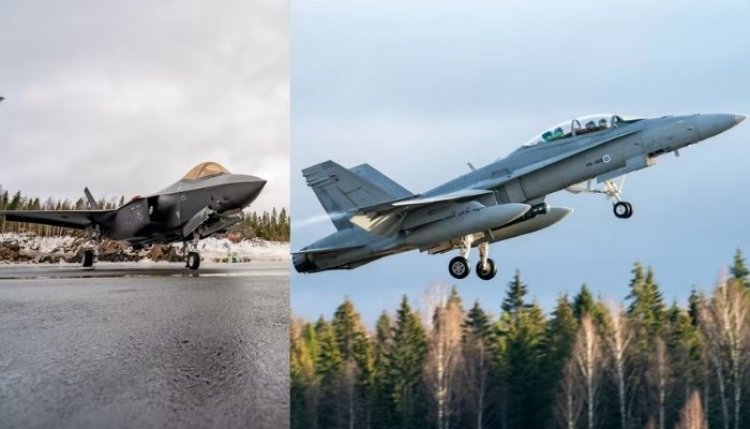 The Air Force has decided that the first of the new fighters will come to Rovaniemi. The F-35 Lightning II fighters are on display at the Satakunta Airfield in Pirkkala in February 2020. Photo: Petteri Bülow / Yle

The Lapland Air Force is preparing to be the first in Finland to introduce a new generation of multi-purpose fighters. The planes will arrive in 2026.

According to Karjalainen, one important reason for the investment decision is that there is a need for new buildings in the 1970s at the airbase in Rovaniemi. The proximity of Norway also supported the choice. NATO Norway already has similar machines.

- It will hopefully bring opportunities for cooperation and facilitate the introduction of equipment, Karjalainen says.

The Lapland flight is about to get 2–6 new planes started. The Karelian Air Force will receive new aircraft from 2028 onwards. There will be a total of 64 new aircraft, and they are to be split in half between these flights.

In Rovaniemi, the existing base will be modified for new machines already this year.

- Helpful construction, possibly some road lines and fences, will be done already this year. The construction itself will start next year, Karjalainen says.

The new aircraft will require upgrades to the roads, runways, and existing building stock, as well as completely new buildings.

- The employment effects of the construction phase will be specified later, but they are significant in any case, says Karjalainen.

The Lapland aircraft currently employs about 450 people. The new equipment will not increase the number of employees.
The new fighter will replace the F / A-18 Hornets currently in use. Photo Hornet flew in Pirkkala in February 2020. Photo: Petteri Bülow / Yle

Lapland will give up the Hornet's first

The Lapland Air Force is also the first to give up flying with Finland's current Hornet fighters, as the operation of two different aircraft models from the Rovaniemi base is challenging.

- We strive not to have to operate two machines in Rovaniemi for a very long time, Karjalainen says.

In the Karelian Air Force in Siilinjärvi Rissala, there is more space to operate with two planes. The Hornets are due to be used up there and will be phased out by 2030 at the latest.

The first new pilots, mechanics, and mission support personnel will be trained in the United States. According to Karjalainen, 18 pilots and about 50 aeronautical experts will go to the United States for training in 2025. After that, they start training others in Finland.

Those in the conscript service have access to new aircraft a couple of years after the staff. The training of auxiliary mechanics for conscripts is scheduled to begin in 2027–28.

New pilots will first be trained on the Hornets, but from 2028-29 they will be trained directly on F-35s.

The government decided to acquire U.S. fighter jets last December. The acquisition will cost about 8.4 billion euros, of which fighters will account for 4.7 billion euros and air combat missiles for 755 million euros.

Four NATO warships arrived in Helsinki - "It is good that we have friends", says...

Camila Cabello reacts to boos during the Champions League final