The co-operation between the Finnish Hornet and the British F-35 fighters will be practiced after Midsummer. 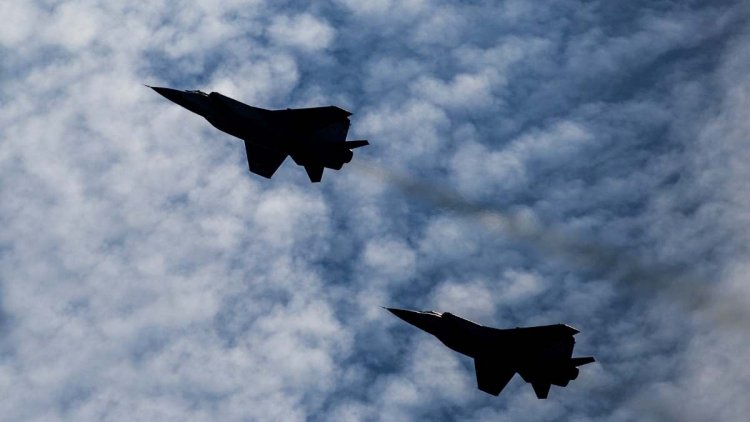 The F-35 fighter jets will replace the Air Force's old equipment in the coming years.

The Royal British Air Force's F-35B Lightning II fighter jets will arrive at the Rissala base in northern Savo in late June. The visit is part of the British-led Joint Expeditionary Force (JEF) cooperation, in which Finland has participated since 2017.

The flight department arriving from the UK includes two F-35B Lightning II fighters and about 60 people. The visit to Siilinjärvi will be hosted by the Karelian Air Force on July 28-30. June.

ACCORDING TO THE CHIEF OF STAFF OF THE KARELIAN AIR Force, Lieutenant Colonel Tomi Böhm, during the visit, the cooperation of the Finnish Hornet and the British F-35 fighters in the air will also be practiced. The F-35s participate in the Air Force's daily training and education flight operations in the nearby training areas of the Rissala base. At the same time, the base is gaining experience in relying on F-35 fighter equipment.

The fighters arriving in Rissala are model F-35B Lightning II. The fader of the F-35A Lightning II in the United States was recently seen at a flight show in Pori.

In the coming years, the F-35 will replace the Hornet fighters previously used in Finland. The first F-35 fighter jets will be delivered to Rovaniemi in Lapland in 2026 in Finland.

THE FIGHTERS' VISIT is part of the international complementary training and exercise cooperation decided by the Minister of Defense Antti Kaikkonen (Central) in May. The aim of the cooperation is to strengthen Finland's defense capabilities and to show the support of the partner countries to Finland.

British Prime Minister Boris Johnson and President Sauli Niinistö signed an agreement on bilateral aid in May. According to Johnson, Britain is ready to provide the help that Finland is asking for. There are concerns about security threats that Finland could face after applying for NATO membership.