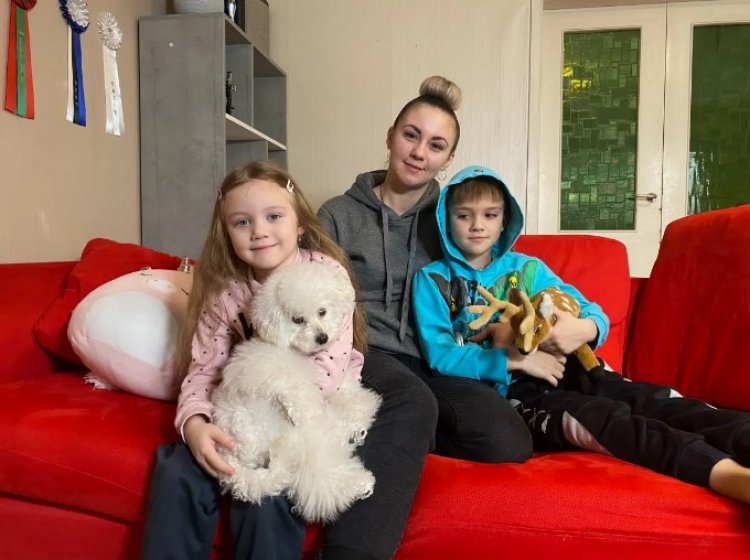 On the first day of the war, it was clear that Russian troops were near Anna Zhelnarska's home in southern Ukraine. In an interview, she describes what happened when they arrived.

Anna has started moving to Seinäjoki with her 5-year-old daughter Katja and 7-year-old son Kirill.

Anna Zhelnarska, a 35-year-old woman from southern Ukraine near Crimea, fled Russia's attack on Finland on the first day of the war.

Zhelnarska packed her and her children's belongings immediately at her husband's urging.

- It all happened quickly. We knew the Russians were close, Zhelnarska says through her cousin Olga Nakonechan, who works as an interpreter.

The group of six people got away safely with the help of two women and a newborn baby.

Leaving the trip, Zhelnarska still did not know where to go with her children, the main thing was to get to safety. The family finally decided to come to Seinäjoki, where Anna's cousin Olga Nakonecha lives.

-The elderly couple wanted a place where they could be taken care of, Nakonecha said.

There were long queues at the Ukrainian border and some people queued over it for a couple of days. In total, the family's trip to Finland took about a week.

Listen to the interview

Zhelnarska's 5- and 7-year-olds have already visited the school and kindergarten. The family has registered with the police, as is customary in Finland, and the children are already learning some of the basics of Finnish.

Anna Zhelnarska still has relatives and friends in Ukraine. When she sees news images of how the homeland and city have been destroyed in the war, it shocks her.

Journalist Pauliina Jaakkola met with Anna Zhelnarska. The interpreter is Olga Nakonecha, who has lived in Finland for four years.