Welcome their first child, Martín. The Real Madrid footballer and the model are in luck, and it is that Monday they became first-time parents with the arrival of Martín. 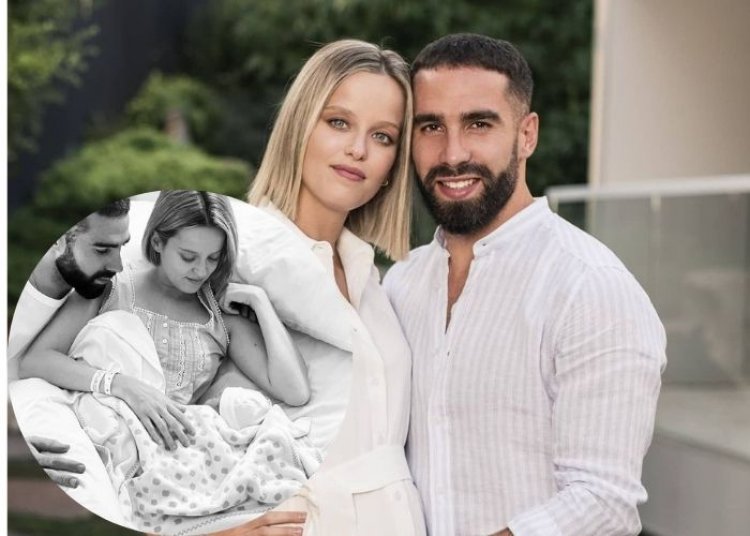 Dani  Carvajal and Daphne Cañizares are already parents. The happy couple announced this Tuesday the birth of their first child, born this Monday, December 7, fulfilling one of the dreams they had.

The Real Madrid footballer, who this Wednesday will play the pass to the second round of the Champions League against Borussia Mönchengladbach, has surprised all his followers with a publication in which he welcomed the new member of the family.

" Welcome Martín. We love you with all our heart ", wrote an excited Carvajal in the description of his photograph, where he appears next to Daphne and the little one, and also adding a second image with two of the doctors from the Bmum center, where he was born. Your son.

His wife, Daphne, has replicated the message from the right side, making official the birth of his little Martín -who curiously shares a name with the also first son of Iker Casillas-, which will bring many more joys to the Carvajal Cañizares family, who meet their dream of being parents.

The announcement has spread like wildfire, and many have been the friends and fans who have congratulated the couple on the birth of their baby, highlighting the messages of athletes such as Pablo Sarabia, Sergio Reguilón, Fernando Pacheco, Theo Hernández and Feliciano López, and singers like Andrés Suárez, who have been the first to react to this delighted news.

Carvajal and Joselu, uncles and parents in the family

Dani Carvajal and Joselu met at Real Madrid Castilla in 2010. The forward who now plays for Alavés signed for the whites after his time at Celta de Vigo. From there, they began to grow, becoming elite players and brothers-in-law, as both Daphne and Melanie Cañizares ended up pairing with them.

After Joselu and Melanie became parents for the second time on September 29, it is the turn of Carvajal and Daphne, who have become new parents.