The Portuguese footballer intends to change his current Gulfstream G200 jet for a larger aircraft, as 'Esdiario' has confirmed exclusively. 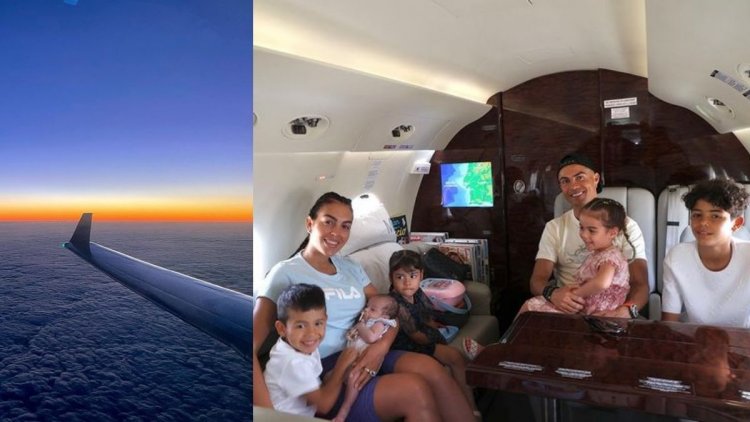 A private plane named Gulfstream G200 that Cristiano bought in 2015

Cristiano Ronaldo is currently enjoying his well-deserved vacation after a season to be forgotten with Manchester United, the one from which, according to the latest information, he intends to leave in order to play in the Champions League, his favorite competition, which he would not play if he stays at Old Trafford.

That is why Mendes and his team are already trying to clarify the professional future of the Portuguese star, who is making a tour of different enclaves in Spain uploaded, how could it be otherwise, in his private plane, and together with Georgina Rodríguez and the rest of his family.

A private plane named Gulfstream G200 that Cristiano bought in 2015. An ostentatious luxury that could have its hours counted, as the journalist Kike Calleja has assured exclusively for 'Esdiario'.

The Portuguese crack intends to get rid of the jet that once cost him 20 million euros and that has a capacity for ten people and all possible comforts. A plane that he currently rents to other players or businessmen for when he is not using it himself. But what is really curious is the price at which this aircraft is available for rent, hovering between 6,000 and 10,000 euros per hour.

The reason for the sale

But, Cristiano has always proven to be the most ambitious, and that is why now, after seven years, he wants more, and as the aforementioned medium has assured, he wants to buy an even larger private plane, perhaps because the family of the soccer player continues to grow and there is less and less space between them inside the aircraft, in which they have been investing, either with the purchase of personalized objects or kitchenware for it.

The Ukrainian band stopped their performance at the Weekend festival because of...