According to Amnesty, the cluster bombings have been approximate, as they cannot be targeted. The human rights organization demands that those responsible for the attacks be brought to justice. 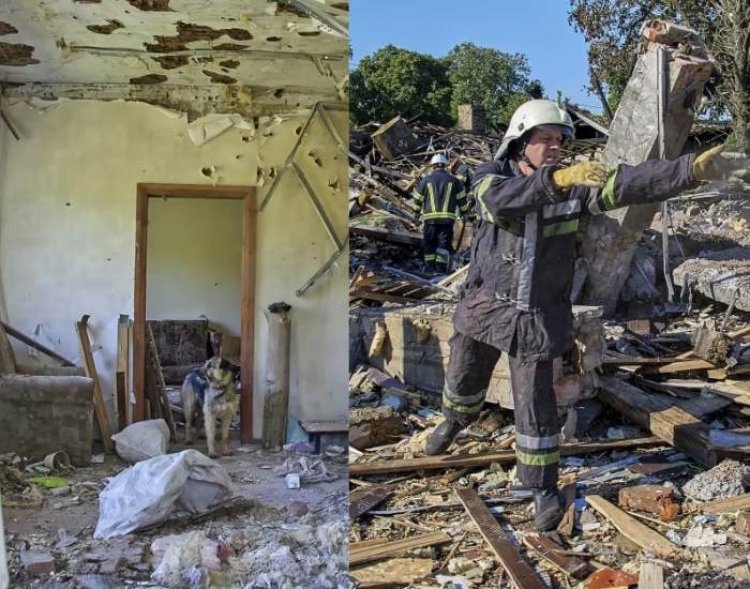 Rescue personnel cleared the ruins of a building bombed by Russia in Kharkiv last week.

A recent study by the human rights organization Amnesty. According to Kharkiv, hundreds of civilians have been killed in the bombing of Russian troops.

- The continuing bombing of residential areas in Kharkiv are indiscriminate attacks that have killed and wounded hundreds of civilians. These attacks are thus war crimes, says Amnesty in his report on Kharkiv.

According to Amnesty, it has been found evidence that repeatedly banned cluster munitions and serotines have been used in the bombings.

Cluster bombs release dozens of daughter bombs into the air, which randomly spread over a wide area. Daughter bombs can also often go unleashed, making the terrain dangerous for years to come.

Aggregate attacks that result in the death, injury, or destruction of civilian targets are war crimes.

Two people in the middle of a room that is messed up, with broken glass tables.  The picture was taken through a broken window.

Amnesty investigated 41 different attacks in Kharkiv, killing at least 62 civilians and injuring 169. The attacks were haphazard and killed people who were shopping, queuing, or just walking down the street.

- Such weapons should never be used. They cannot be targeted, they have a devastating effect and cause a lot of civilian deaths and injuries, Amnesty crisis expert Donatella Rovera said in an interview with the BBC(switch to another service).

According to Rovera, the use of weapons indicates the deliberate targeting of war on civilians.

- Russia cannot claim that it does not know the destructive power of these weapons. And the decision to use them shows disregard for the lives of civilians.

Amnesty interviewed 160 witnesses in his report on the spot: victims, relatives, and doctors, among others.

For example, doctors at a local hospital showed Amnesty researchers shreds of metal removed from victims ’bodies, which I identified as part of cluster bombs.

A dog inside a destroyed building. 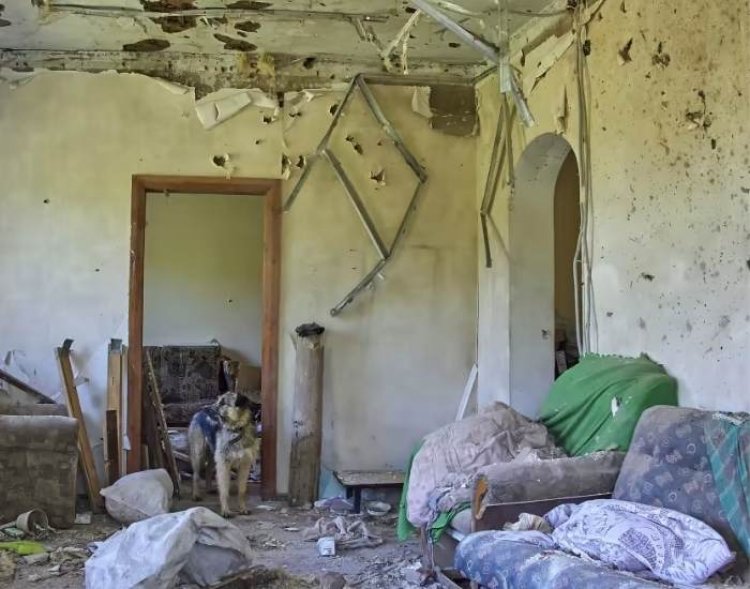 According to the head of the medical department of the Kharkiv Regional Military Administration interviewed by the Human Rights Organization, 606 civilians have been killed and 1,248 injured in the city since the start of the war.

Russia has previously denied using cluster munitions and said its troops had only hit military targets.

According to an Amnesty report, Russian forces launched attacks on civilian targets in Kharkiv from day one of the war.

More than 120 states have signed an international treaty banning cluster munitions or anti-personnel mines. Russia and Ukraine are not signatories. However, international humanitarian law prohibits the use of such approximate weapons.