Amber Heard breaks the silence and talks about her loss to Johnny Depp in the defamation trial: "I'm heartbroken, disappointed." 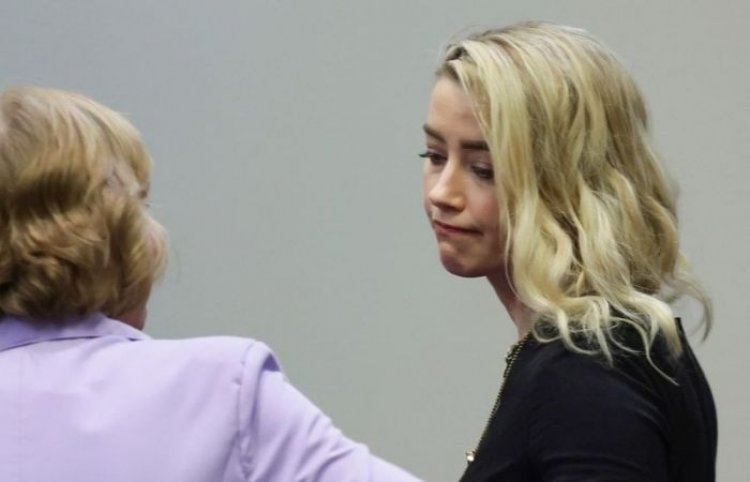 What Amber Heard talks about her loss to Johnny Depp

The jury of the Court of Fairfax, Virginia, ruled in favor of the actor and determined that Amber did commit defamation against her ex-husband by stating that she was a victim of sexual and domestic violence through an article for the Washington Post in 2018.

Following the verdict, Amber Heard will be required to pay $10 million in compensatory damages and $5 million in punitive damages, for a total of $15 million.

Minutes after the final verdict was announced, Amber Heard broke the silence and took to her social networks to send a message and question the jury's decision.

“ The disappointment I feel today is beyond words. I am heartbroken that the mountain of evidence was not enough to stand up to the disproportionate power and influence of my ex-husband. I am even more disappointed with what this verdict means for other women. It's a setback. It turns the clock back to a time when a woman who spoke out and spoke out could be publicly shamed and humiliated. It pushes back the idea that violence against women should be taken seriously,” she continued.

Johnny's lawyers managed to get the jury to miss the key issue of free speech and ignore evidence that was so compelling that we won in the UK. I'm sad that we lost this case. But I am even sadder because it seems that I have lost a right that I thought I had as an American: To speak freely and openly, ” he concluded.

Johnny Depp won the trial, but the jury also found in favor of Amber Heard on one of the six claims in the countersuit: Amber was defamed by Johnny's former lawyer, for which the actor must pay two million dollars to the actress.

The US central bank raised the key interest rate again...