The UN, the EU, and neighboring countries have responded to the request for assistance. In the video, the victims of the earthquake tell about the moment of the devastation early Wednesday. 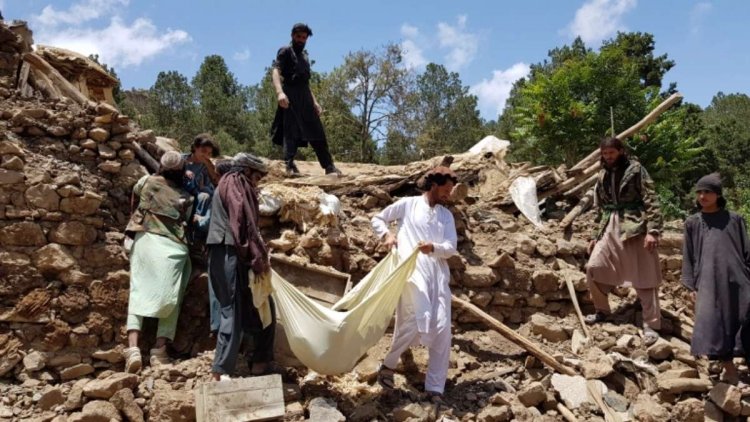 Afghan government calls for international aid - earthquake in the peripheral region puts aid resources to the test
The UN, the EU, and neighboring countries have responded to the request for assistance. In the video, the victims of the earthquake tell about the moment of the devastation early Wednesday.

The most devastating earthquake in decades in the remote mountainous region of Afghanistan was news that no one missed. The disaster, which occurred early Wednesday morning, killed at least a thousand people.

Rescue operations in remote mountain areas have been difficult in similar situations anyway, but now the situation is exacerbated by the isolated position of the country's administration.

In addition, Afghanistan is one of the poorest countries in the world, where humanitarian emergencies are commonplace without natural disasters.

In Paktika, Mohammad Yahya Wiar, chief physician of the earthquake treatment hospital, compared what happened to the tsunami, according to the news agency AFP:

- We lack resources. This is a humanitarian crisis.

The extremist Islamic Taliban movement returned to power in the country last summer. The occupation of Kabul, the country’s capital, caused chaos, and the Western armed forces, which served as peacekeepers in the country, had to leave urgently. At the same time, equipment that would now be needed left the country or was destroyed.

Getting the promised help is hard

However, the UN, the European Union, and neighboring countries have responded quickly to Afghanistan's request for assistance. UN Secretary-General Antonio Guterres said the world organization is fully prepared to help. U.S. President Joe Biden has been described as deeply saddened by the news of the devastation and has ordered the USAID relief organization to investigate the situation.

However, the challenge is to get help effectively. There are few airworthy helicopters in use. Delivering food and medicine by air is usually a means of recourse only when other roads are blocked and bridges collapse.

The number of people killed and injured in the disaster is expected to rise further. The earthquake destroyed two or even three thousand buildings, and every home in the area is normally inhabited by a family of twenty.

Obtaining information from the area is hampered by the destruction of power lines and telephone base stations.