As the heatwave moves east and north, the risk of wildfires also increases in these areas. There are more wildfires in Europe than before and they are stronger than before due to climate change. 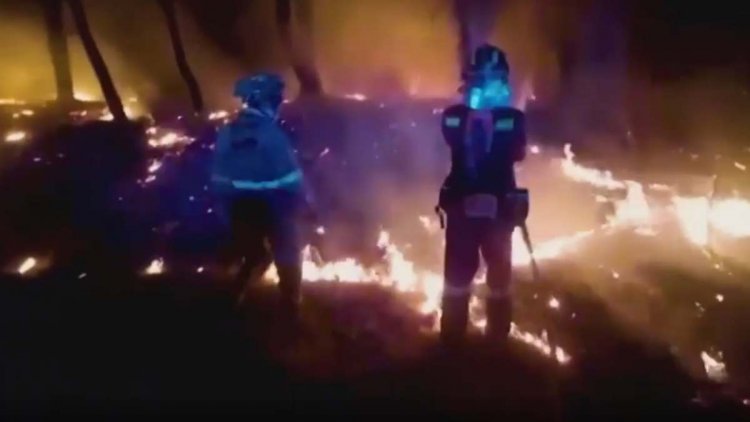 Members of the army's emergency unit extinguish wildfires in Spain

In Slovenia, the authorities did everything they could to control the fires. However, the work was made difficult by the lack of water caused by the drought and the heat, as well as the fact that the country does not have the necessary equipment to extinguish large fires.

Large wildfires are rare in Slovenia. The authorities had to evacuate at least 200 people near the town of Mirna.

Rescue workers next to the burning forest 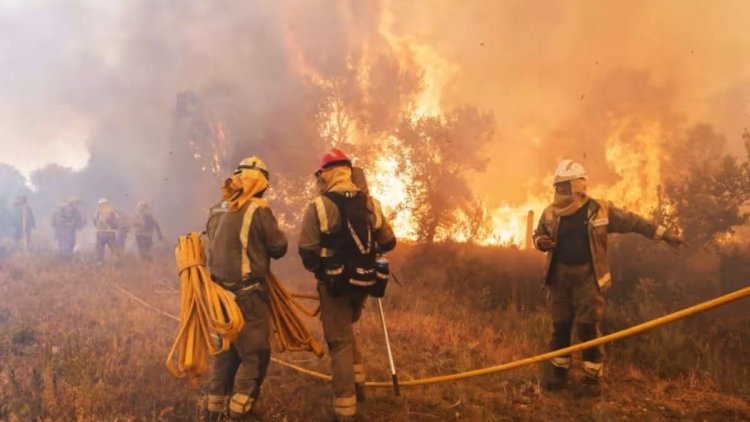 Rescue workers are still putting out several wildfires in Spain, where the temperature rose to 43 degrees in places on Monday. The photo was taken near the city of Zamora in northern Spain. Photo: Cesar Manso/AFP

In Albania, on the other hand, the authorities seem to have been able to extinguish the fires that spread in the Berzane forest area.

Also in Greece, the wildfire that burned north of the capital Athens in the Pentel area has been brought under control. However, wildfires have been observed in dozens of localities across Greece.

The fires in Greece have led to the evacuation of hundreds of people and, according to official estimates, have made life difficult for almost a hundred thousand people.

- The climate crisis is evident in different parts of Europe and especially affects the Mediterranean region. The combination of high temperatures, strong winds, and drought will inevitably lead to wildfires, Greek government spokesman Giannis Oikonomou said today and called on Europe to act.

A total of 390 wildfires have been reported in Greece during the week.

New wildfires have been reported at least in Poland, Italy, France, Spain, and Portugal.

There are now more wildfires than before and they are more dangerous.

The background is climate change, which, according to researchers, increases the number and intensity of wildfires.

Germany made history when the goalposts protected the "little sister" from the hits...