Germany advanced for a record tenth time to the semi-finals of the European Football Championship, when Austria fell 2–0. The Austrians played a particularly good second period, but their best positions remained in the goalposts. In the match, the posts were rattled up to six times. 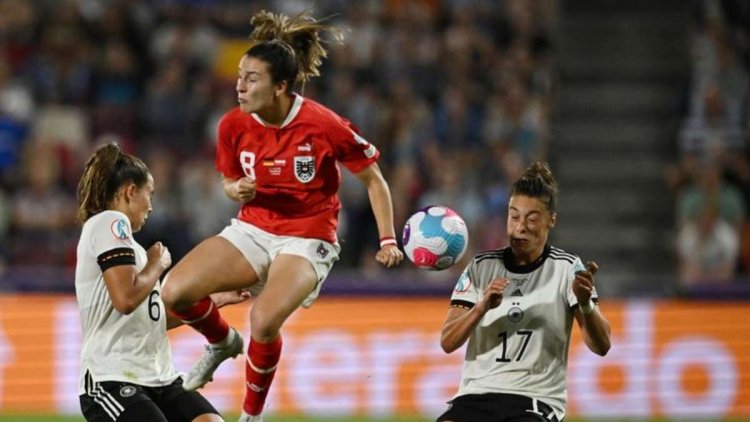 On Thursday, Germany secured its place in the semi-finals of this summer's European football championships. "Die Nationalelf" beat Austria 2–0 in the quarterfinals. Germany's place in the top four of the European Championship is already the tenth in its history. No other country has participated in the EC semi-finals so many times. Previously, Germany shared the record with Norway.

In the upcoming semi-finals, Germany will face the winner of the quarter-final match between France and the Netherlands.

Germany, which went into the quarter-finals as the pre-favorite, was at its best at its own tough level, but Austria bullied it until the end of the match. The tempo of the fight was fast and the desire of the players from the neighboring countries to duel against each other was strong from the beginning.

In particular, Austria's active and high press sometimes surprised the German players who opened the game. This led to Austria's surprising goal posts throughout the second half.

This time, the match against the "little sister", as the Germans playfully call the "sibling relationship" of the neighboring countries, turned to Germany. Its excellent performances in the challenging opening group made the team the champion favorite in the tournament, especially with the consistency of the defensive game. Germany didn't concede a goal against Spain, Denmark, or Finland in the group stage, and Austria wasn't able to surprise them either.

Merle Frohms, who plays as Germany's number one goalkeeper, has kept a clean sheet in the EC tournament for four matches already. When the training matches before the games are taken into account, Germany has played a total of 481 minutes without a setback. Germany's last conceded goal came in April when Serbia surprised Germany 3–2 in the World Cup qualifiers.

With its streak of zero games, Germany overturned the self-set record of European Championship matches played without a goal behind. Its national teams have previously kept a clean sheet during four EC matches in the years 1997 and 2001.

The final staple with a blunder

It was not easy to protect the score in the quarter-finals, as Frohms received a lot of help from his goal post against Austria. The Austrian players rattled the goalposts a total of three times. The Germans, on the other hand, shot the ball into Austria's goal post twice, so there were enough shots at the post. 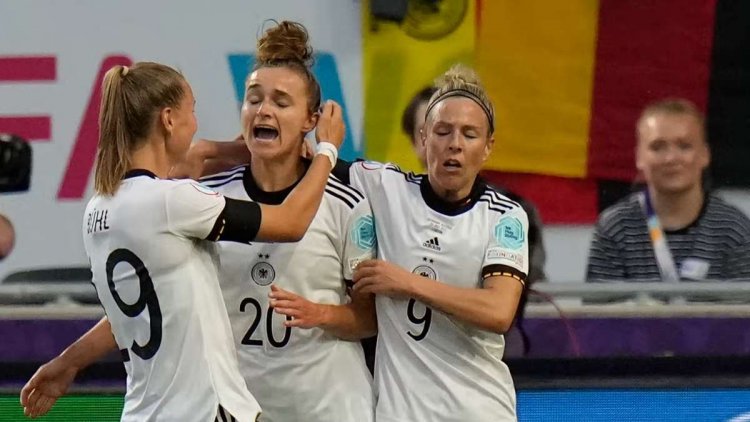 The match's winning goal came halfway through the opening half. Germany's diligent young winger Klara Bühl snatched the ball from the Austrian defense at the end of the running competition and offered a pass in front of the goal. Captain Alexandra Popp made a great fake run over the ball and let it go straight to Lina Maghull. This was an easy place to score his second goal of the tournament.

The Austrians got a hold, especially in the first half of the second period. Germany came into the second half looking for a hit greedily, but Austria turned the flow of the game to their advantage. There were more scoring opportunities for the red shirts, but Germany survived without a setback.

Zinsberger held the ball a second too long in the situation. His high opening attempt collided with Poppi's outstretched left foot and bounced off it into the Austrian goal. Zinsberger was left looking into the distance as the Germans celebrated the goal.

You can watch the opening situation that led to the goal again by pressing the main picture of the story.

- Austria had big problems with opening the game, and the further the game went. An incomprehensible solution from an experienced goalkeeper at that point in the game, Mari Savolainen, who watched the match as a studio expert for Yle Urheilu, said after the game.

Zinsberger apologized for his mistake after the game in an interview with Norwegian broadcaster NRK.

- That's what it's like as a goalkeeper when you want to actively participate in the game. Mistakes can happen. When I make a mistake, it can become a goal. I apologize to the team, but this is part of this job, Zinsberger commented.

Germany will wait for their next quarter-final opponent until Saturday when it will be clear whether they will face France or the Netherlands.

Wildfires are raging across Europe A total of 390 wildfires have been reported in...